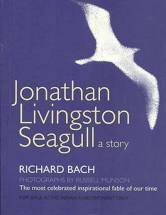 Flight has always fascinated me. As a boy, I watched birds and aeroplanes at every opportunity and my hobbies included archery and flying model aeroplanes. This ultimately led to my interest in Barn Owls.

I’m not particularly interested in spotting as many species as possible but find great pleasure in watching birds fly, especially those that soar. A seagull or swallow can be just as thrilling to watch as an eagle or harrier, it really depends on what the bird is doing.
Richard Bach’s book ‘Jonathan Livingstone Seagull’ had a huge influence on me(!) but long before that, it was my dad (Peter) who used to point birds out to me and before that it was my mum (Ida). Like most mum’s in the 1960’s she fed and changed her baby, and then put it (me) out in the garden in the pram until ‘elevenses’. Probably all I could see for those two hours each morning was the sky, clouds, and above all… birds. 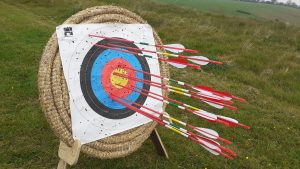 I was about nine when I joined a small [mildly Christian] youth group and did archery every Sunday morning for a few years. I still have my first wooden long bow! My fascination was not only in the flight of arrows but the fact that I could make them fly and (to some extent) control where they went.
In about 1990 we met our great friend Marius who happened to be an archer so, very occasionally, out came the old long bow once again.
Just recently Jasmin decided to introduce Nate (one of our grandsons) to archery prompting the start of a new archery phase. I’ve had great fun giving Nate simple archery lessons (he’s only little), bought my self a new secondhand bow. I’ve been making arrows, watching online archery tutorials, and practicing a couple of times a week.

At eleven years old, I built a Keil Kraft ‘Soarer Baby’ – a little balsa wood glider covered in tissue paper that is now considered a ‘Vintage’ design. I had hours of fun trimming it to fly the width of a field from a hand launch and learned the basics of aerodynamics in the process.
I moved on to building & flying powered ‘control line’ models with my cousin Steve and went through a long phase of building and crashing one most weeks(!), eventually designing my own rather than buying plans.
By sixteen I was flying powered radio controlled models on Little Haldon near Teignmouth. The first goal was to keep it up in the air(!), second was to make it go more or less where I wanted it to, and the third was to land it nearby, hopefully without any damage. Before long I was building and flying my own designs including a large radio controlled glider that I still have to this day.
Given my fascination with flight, and to some extent the control of flight, aeromodelling really was the perfect hobby. As a bonus, it improved my woodwork and introduced me to metalwork, engines & fuel systems, soldering and electrical wiring: Basic skills which later enabled me to design, build, plumb, and wire the wooden house we live in. 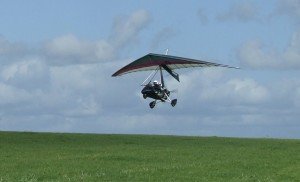 After an ‘air experience’ trial flight, I had my first microlight flying lesson on 27th Feb 2006 at Eaglescott Airfield in North Devon with flying instructor Pete Cummings and gained my Pilots Licence on 16th November 2007. With help from my mum Ida, Jaine, and our good friend Simon Roper, I bought my own microlight in May 2009.

By 2019 I had flown a total of 225 hours (that’s not very many), mainly solo although I did take up a total of 49 people including my mum, son, daughter, other relatives, colleagues and friends. I also took a lot of aerial photos, some of which were used in the Barn Owl Conservation Handbook.

Back in 2015 I wrote a song about my flying instructor.

Here’s a video by one of my passengers – Ben Collins

In 2019 I gave up microlight flying. I just couldn’t justify burning fossil fuel for fun in the middle of a Climate Crisis.

What goes around comes around

Now in my 60’s, my fascination with flight is as strong as ever. I watch birds every day, I’ve taken up archery again, and gone back to designing, building, and flying model gliders. 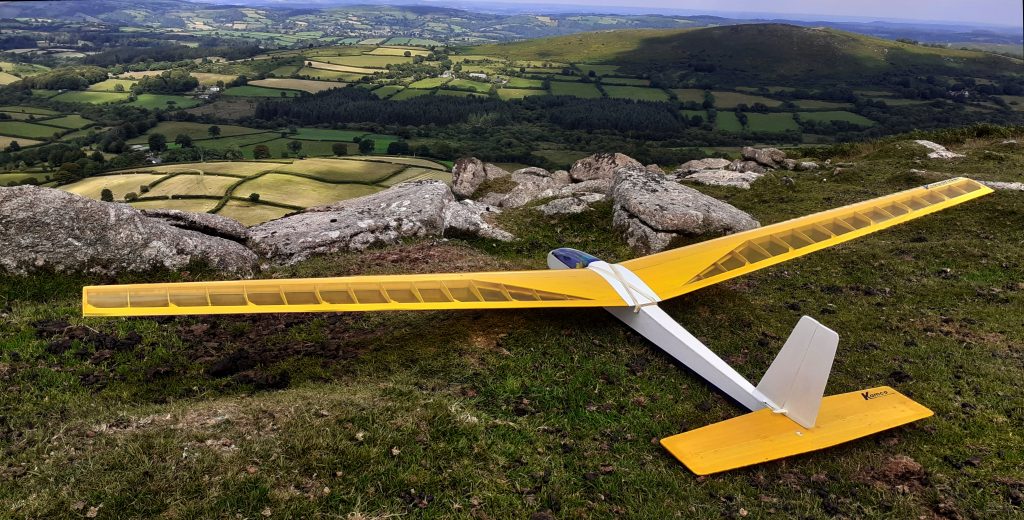