an audio/video collection of original songs and covers

Anne Darby (née Wiseman) was an amazing woman. As well as being a prolific singer-songwriter with an incredible voice, she was a medal-winning international athlete, a keen hockey player, a practising pagan, and saved lives within the NHS where she specialised in resuscitation and provided resus training. Anne loved animals and was, apparently, the only member of staff at Torbay Hospital who took her dog to work!

Acoustic music was a major part of Anne’s life. In the 1970’s she performed regularly in clubs such as ‘Dingle’s’ in Tottenham Court Road, London and eventually ran her own folk/blues acoustic music club in Teignmouth, South Devon. On the evening of 27th May 2016, Anne sang and played wonderfully and was, as always, the life and soul of the evening. The following day she passed away peacefully at home, aged just 62.                obituary 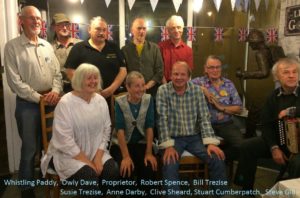 Anne wrote songs for over forty years and (with the blessing of her friends and family) we’ve created this page so that anyone can listen to, or learn and perform them. We have lyrics for 40+ songs but very few recordings exist. Indeed, at the start of this project, except for a couple of videos clips, there were no recordings of Anne’s music on the internet.

To date, we have collected complete recordings of 13* of Anne’s original songs…

Anne Darby performing her own songs

Studio-quality recordings made in 2010

*Song of Mother Earth. A beautiful, slow, atmospheric song “honouring life, death, and re-birth”. Neither folky nor bluesy, this song was played at Anne’s funeral and could almost have been written for it. Slow fingerpicking in Bm (Am capo 2). Quite easy to learn. Lyrics and chords which I wrote out for Anne’s friend Maia are available.

*The birds flew south today. In this hauntingly beautiful song, Anne invites us to “step into the dark time and honour the Dreamtime”. Words fail to describe it. Just listen. Anne’s sister Tracey said “she played piano all her life and loved it”.

Luckily, a friend of Anne’s, Mick McAndrew, recorded her at his home in Teignmouth. ‘Freedom Song’ is quite easy to play, fingerpicked in A (G capo 2), though it has an interesting instrumental introduction to learn.

Live recordings of three blues-style songs (titles assumed). All three songs are about relationships, fingerpicked in A-minor, and all quite easy to learn

*Like a sparrow with a broken wing was inspired by a conversation Anne overheard.

*Left behind “my feet are going one way, along with my mind, while my heart is left behind”.

*People rise up – Anne’s heartfelt declaration that mankind will one-day say “enough’s enough”. This powerful song has an almost ‘anthemic’ quality. It’s in C and pretty easy to learn.

*Living will. In this humorous song, Anne (a health-professional who taught resus.) has a “living will” tattooed on her chest cos’ she doesn’t want to “hang on ill”. Brilliant.

*Gotta do better than that (title assumed) A delightfully humorous song in which Anne challenges various male characters to “raise the bar”. Bluesy fingerpicking in G. A fun song to learn & play.

*Through to your soul A sad and powerfully delivered ‘traumatic relationship break-up’ song recorded when Anne was just 26. Very moving. Strummed in C (G capo 5).

Please scroll down for recordings of Anne playing covers

We have lyrics but no audio for over 40 songs, and audio and no lyrics for about another 10 (although the lyrics for these can be transcribed). In addition there are other songs her friends can remember Anne playing for which we’ve not found any lyrics or recordings. These include ‘The porter said I will’, ‘Dying for a smoke’, ‘Wreckers prayer’, ‘Four and twenty blackbirds’, and ‘Fair maids of February’ which was about snowdrops.

Lyrics for other songs can be transcribed from audio/video recordings

Keeping Anne’s music alive – how you can help

If you discover the existence of any more recordings of Anne, or you come across the lyrics for ‘Cat amongst the pigeons’ or ‘Sometimes goodbyes’ please do contact us. Thanks. 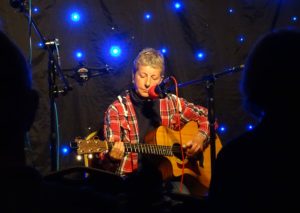 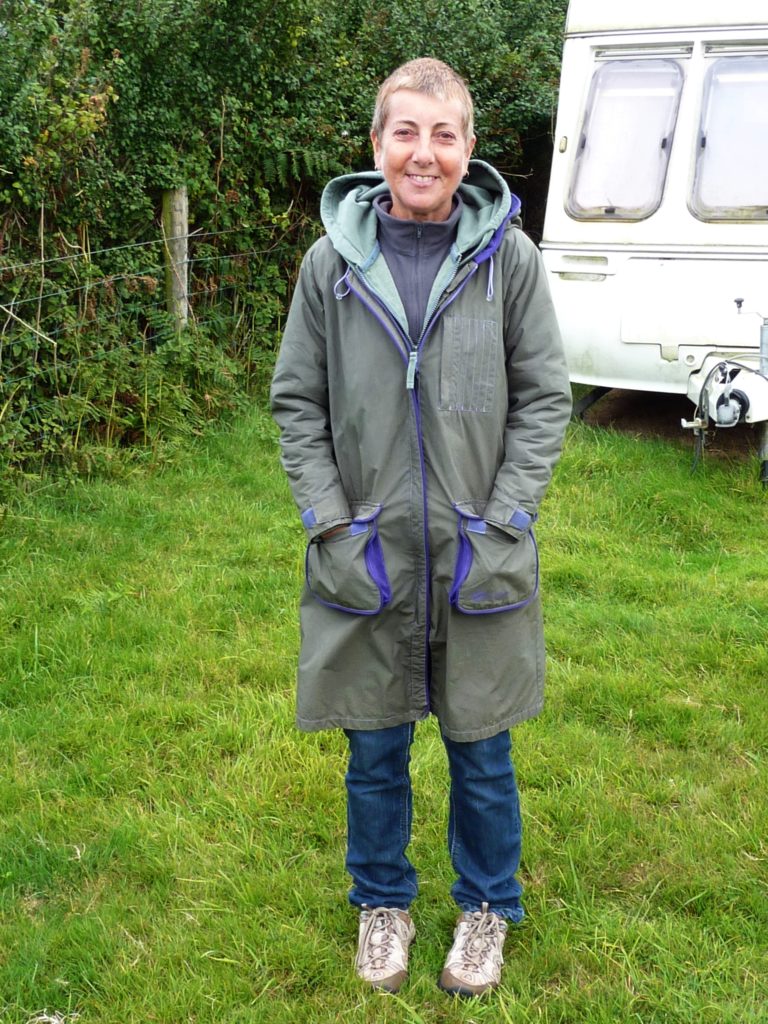